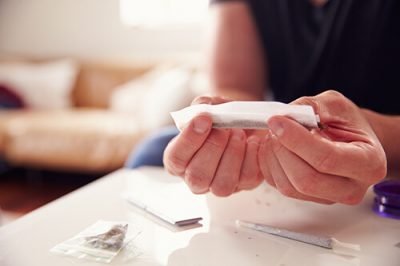 Jen and I were just in San Francisco and we encountered more people who smelled like marijuana than I can ever remember in public. We also met with professionals from several different facilities in the Bay Area. Society’s current attitude towards marijuana reminds me of the defensive posture I had around alcohol when I was younger. “It’s legal!” has probably been the battle cry of every young person since prohibition was repealed when they were confronted about their drinking.

We know due to science that alcohol is essentially a poison to the body as evidenced by the body metabolizing it so rapidly (i.e. one drink per hour as we learned in school). Therefore, I think a substance being legal does not equal the same substance being safe for consumption.

Marijuana is quickly becoming legal for recreational use. In July, here in Oregon (I happen to be home as I write this), marijuana will be legal. Now, people will be able to proclaim “it’s legal!” just as I did about alcohol when I was young. The other defense around marijuana is that “it’s natural.” I want to inform those who read this that marijuana is as much a GMO as anything else we consume in the world. Growers of cannabis do not attain THC levels of 23% through natural means.

Legal Drugs Are Addictive and Harmful

This brings me to my central point, marijuana is harmful. I spoke with the owner of a very reputable youth residential program who talked about the increased incidences of drug-induced psychosis they are experiencing in his program. Drug-induced psychosis due to marijuana, where the client is not using any other substance. This is also what we are seeing in the field across the board with adults as well. I am not saying an individual will have a psychotic break if they smoke pot, but I am saying the risk is far greater than it has been in years past.

The purpose of this blog is not to shame people who smoke (or drink for that matter), but instead to raise awareness about the risks associated with using marijuana in its current form. Please be mindful of what you do and how you do it. You only have one brain.

Find the support you and your loved ones need: